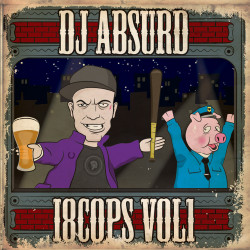 this 4 trackers by the man called Absurd showcases the different styles that make Bass music today :

- a 4x4 bassline banger that has nothin to blush on compared to what goes on in Sheff' & has received allready some good lovin' within the bassline scene : u aint ready !

- a fidget angry wobbler with baltimore breaks that still manages to avoid the typical blog house going on these days : original but still a club crusher ! : Fidget Lee

- and last but not least a remix from Sa Bat' Machines huge gispy Dubstep anthem "Sylvia" , this remix gave the tune a 4x4 rebuild with a bubbley wobble and precise dub harmonic reworks on the guitar parts & breaks .